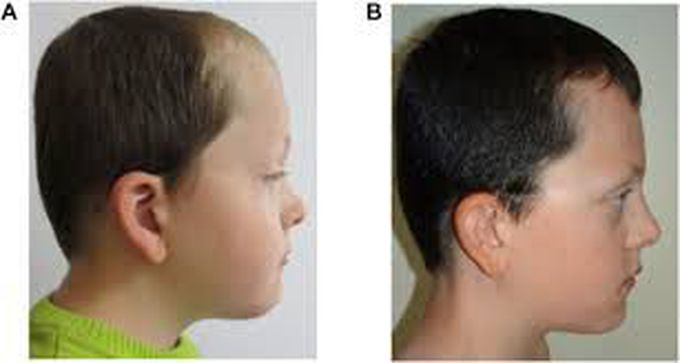 Causes Autosomal dominant inheritance pattern Autosomal dominant inheritance patternOpen pop-up dialog box Noonan syndrome is caused by a genetic mutation. These mutations can occur in multiple genes. Defects in these genes cause the production of proteins that are continually active. Because these genes play a role in the formation of many tissues throughout the body, this constant activation of proteins disrupts the normal process of cell growth and division. The mutations that cause Noonan syndrome can be: Inherited. Children who have one parent with Noonan syndrome who carries the defective gene (autosomal dominant) have a 50 percent chance of developing the disorder. Random. Noonan syndrome can develop because of a new mutation in children who don't have a genetic predisposition for the disorder (de novo).