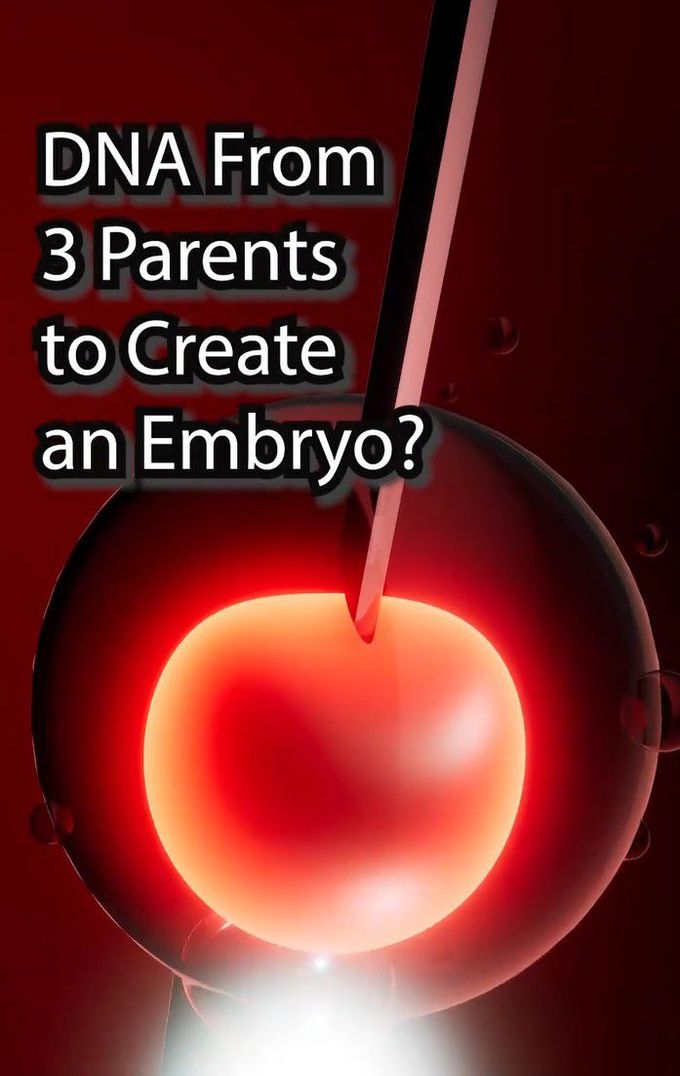 Three-parent baby, human offspring produced from the genetic material of one man and two women through the use of assisted reproductive technologies, specifically mitochondrial manipulation (or replacement) technologies and three-person in vitro fertilization (IVF). In general, the reproductive technologies used to produce three-parent babies focus on replacing or otherwise reducing the effects of mutations that occur in the DNA of cellular organelles known as mitochondria, which reside in the cell cytoplasm. The various approaches could help women to overcome infertility and could prevent the transmission to their offspring of potentially debilitating mitochondrial diseases. HISTORY: The first three-parent babies were born in the 1990s and early 2000s, the products of a then-novel IVF-based technique known as ooplasmic transfer (cytoplasmic transfer). The success of the technique was seen as miraculous, but its use was controversial. It prompted scientists to develop improved techniques and caused regulatory agencies to restrict the use of three-parent IVF. Much was unknown about the safety of various three-parent IVF techniques, and their use to generate human babies raised ethical and social concerns, among them the possible impacts on health and heredity. Mitochondrial manipulation technologies Ooplasmic transfer entails the injection of a small amount of cytoplasm from an egg cell (ovum) donated by a healthy woman into the mother’s egg, which is then fertilized by the father’s sperm and implanted into the mother’s uterus using IVF. Because ooplasmic transfer involves the mixing of cytoplasm from maternal and donor eggs—the health and hereditary risks of which could be significant—interest in its potential use to overcome infertility or mitochondrial disease has declined. Furthermore, other techniques have supplanted ooplasmic transfer, the two most significant of which are maternal spindle transfer and pronuclear transfer. In maternal spindle transfer, the nucleus is removed from a donor egg, leaving behind the cytoplasm. The nucleus from the mother’s egg cell is then inserted into the donor egg. The egg is fertilized with the father’s sperm and then transferred to the mother’s uterus for normal gestation, similar to other IVF procedures. Safety and ethical considerations Ooplasmic transfer was introduced in the mid-1990s at a reproductive medical centre in the United States to treat infertility in women over age 35 who had failed to conceive despite repeated attempts with traditional IVF techniques. At the time, however, data on the long-term safety of the technique was lacking, and testing in animal models had not been carried out. The health implications of heteroplasmy involving donor mtDNA also were unknown. In the early 2000s, studies of mitochondrial replacement in animals yielded conflicting results; for example, some animals suffered accelerated aging or declines in cognitive function in adulthood, whereas others were apparently healthy and able to breed. Whereas ooplasmic transfer initially was intended for the treatment of infertility, techniques developed later were aimed primarily at preventing the transmission of mitochondrial disease. However, as with ooplasmic transfer, little was known about their safety. It also was uncertain to what degree they could prevent the inheritance of mitochondrial disease. BY: https://www.instagram.com/reel/Cg1ej8iA3Zc/? igshid=YmMyMTA2M2Y= https://www.britannica.com/science/three-parent-baby