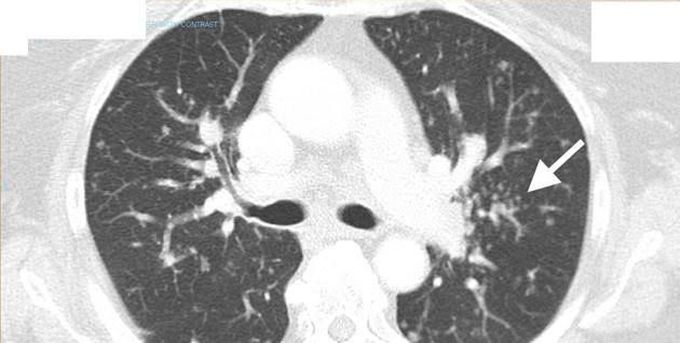 The so-called galaxy sign, initially described as the sarcoid galaxy, represents a coalescent granuloma seen in a minority of patients with pulmonary sarcoidosis . The same appearance can be seen in tuberculosis. In other words, it represents a mass-like region composed of numerous smaller granulomas. The appearance of a central core with peripheral nodules is reminiscent of a globular cluster or galaxy. Central cavitation does occur and the lesions may be surrounded by ground-glass opacity 4. The latter is thought to represent extensive interstitial sarcoid granulomas below the resolution of HRCT rather than alveolitis or hemorrhage