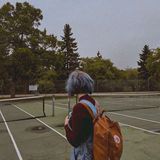 Which more serious hypercalcemia or hyperkaemia ?? And why ?🥴

I'd have to say hyperkalemia. Hyperkalemia can result in heart palpation or arrhythmias, and mild hyperkalemia can sometimes be asymptomatic and hard to diagnose. Hyperkalemia fundamentally is often due to poor renal condition (or diet) which is difficult to treat past a certain point. Hypercalcemia in contrast has fairly routine presentations (such as post-partum) and thus patients are already being assessed for it most of the time; so levels don't get severe. Hypercalcemia can be more easily treated with water or mom-thiazide diuretics, or stopping medication that caused it like TUMS

0Reply
A
Anwaar
6 days ago

Hyperkalemia, can lead to arrythmias

Hyperkalemia can to cardic arrest