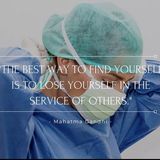 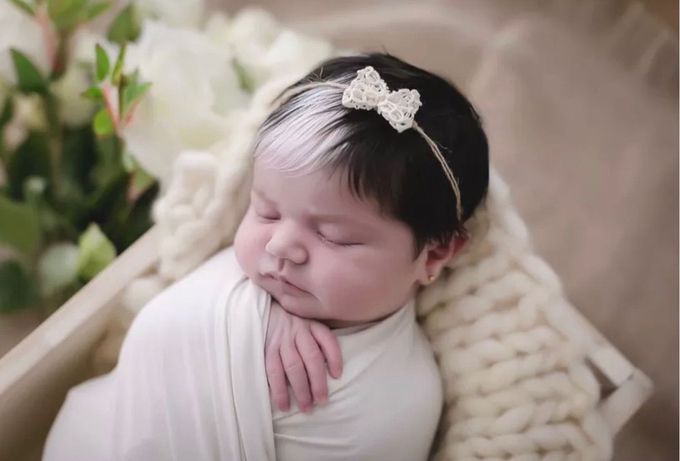 The baby Maiah of just 26 days has barely arrived in the world, but already draws attention to an unusual feature. The daughter of the publicist Talyta Youssef, 40, and Maycon Oliveira, a 30-year-old kayak teacher, was born with a genetic and hereditary condition called piebaldism. Piebaldism is a rare autosomal dominant disorder of melanocyte development characterized by a congenital white forelock and multiple symmetrical hypopigmented or depigmented macules. This striking phenotype of depigmented patches of skin and hair has been observed throughout history, with the first descriptions dating to early Egyptian, Greek, and Roman writings. Generation after generation demonstrated a distinctive predictable familial mark-a white forelock. Families have sometimes been known for this mark of distinction, carrying such surnames as Whitlock, Horlick, and Blaylock. Note the image below. Piebaldism is due to an absence of melanocytes in affected skin and hair follicles as a result of mutations of the KIT proto-oncogene.As of a 2001 review by Richards et al, 14 point mutations, 9 deletions, 2 nucleotide splice mutations , and 3 insertions of the KIT gene were believed to be mutations causing piebaldism.The severity of phenotypic expression in piebaldism correlates with the site of the mutation within the KIT gene. The most severe mutations seem to be dominant negative missense mutations of the intracellular tyrosine kinase domain, whereas mild piebaldism appears related to mutations occurring in the amino terminal extracellular ligand-binding domain with resultant haplo insufficiency. Piebaldism is an autosomal dominant genetic disorder of pigmentation characterized by congenital patches of white skin and hair that lack melanocytes. Piebaldism results from mutations of the KIT proto-oncogene, which encodes the cell surface receptor transmembrane tyrosine kinase for an embryonic growth factor, steel factor. Several pathologic mutations of the KIT gene now have been identified in different patients with piebaldism.Correlation of these mutations with the associated piebald phenotypes has led to the recognition of a hierarchy of 3 classes of mutations that result in a graded series of piebald phenotypes. KIT mutations in the vicinity of codon 620 lead to the usual phenotype of static piebaldism. Mutations of the KIT proto-oncogene produce variations in phenotype in relation to the site of the KIT gene mutation. By: https://www.dailymail.co.uk/femail/article-9159153/amp/Two-year-old-girl-born-striking-white-streak-hair-genetic-condition.html

BabyRareRare ConditionCutestPiebaldism
6
Other commentsSign in to post comments. Don't have an account? Sign up now!
Related posts
Aarskog SyndromeWeaver SyndromeSézary SyndromeCause of Moynihan's humpPiebaldismAntepartum haemorrhageSectoral HeterochromiaIn love with the picture and the cutest photographer 📸😍Station of the head in relation to ischial spinesCase of a baby born with a tail (vestigial tail)!!!