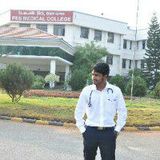 1.Abdominal pain Discomfort in the abdominal region. 2.Accidents Unexpected and Undesirable events, often resulting in injury. 3.Acting out Expressing a feeling, wish, fantasy or memory through behavior rather than conscious acknowledgement. 4.AIDS (ACQUIRED IMMUNODEFICIENCY SYNDROME ) a disease that destroys the immune system, caused by a virus known as HIV (human immunodeficiency virus ). 5.Airway Obstruction Blockage of the respiratory passages resulting in difficulty or cessation of breathing. 6.Alcohol Dependence A disease in which a person is unable to control his or her intake of alcohol. 7.Allergic Reaction The immune system's reaction to a foreign particle or substance as if it were a disease causing agent. 8.Altitude Sickness A condition caused by insufficient intake of oxygen at high altitudes. 9.Ambulance Vehicle carrying life support equipment designed to transport victims of illness or accident. 10.Amputation Surgical removal of part or all of a limb or appendage, usually to prevent the spread of gangrene. 11.Anaphylactic shock A severe,often life threatening,allergic reaction. 12.Aneurysm The ballooning of the wall of an artery, caused by disease,injury,or a congenital weakness of the blood vessel. 13.Angina pectoris A pain or pressure in the chest that lasts for several minutes and can radiate into the neck or arm. 14.Anoxia A condition in which the tissues of the body receive too little oxygen. 15.Antepartum bleeding Any bleeding during the second half of pregnancy. 16.Anthrax A disease caused by Bacillus anthracis,a spore-forming bacterium that infects the skin, lungs, and gut. 17.Antiseptics Preparations used to cleanse and disinfect minor wounds or scrapes. 18.Aortic Aneurysm A widening or bulging of the main blood vessel that carries blood from the heart. 19.Apnea An involuntary, temporary stoppage of breathing. 20.Appendicitis The infection and inflammation of the appendix. 21.Arrythmia,Cardiac An abnormality of the heart rate or rhythm. 22.Arsenic A naturally occurring chemical mineral, existing in both gray and yellow crystalline forms. 23.Asphyxia A lack of oxygen or an excess of carbon dioxide in the body. 24.Asthma Attack An attack of breathlessness and wheezing caused by the respiratory disorder asthma. 25.Atelectasis A slow or sudden collapse of a segment of a lung. 26.Atrial Fibrillation An irregular heartbeat in which the upper chambers of the heart -the atria -beat very rapidly, upto 300 to 500 times a minute. 27.Avulsion Tearing of body tissue from its normal attachment.