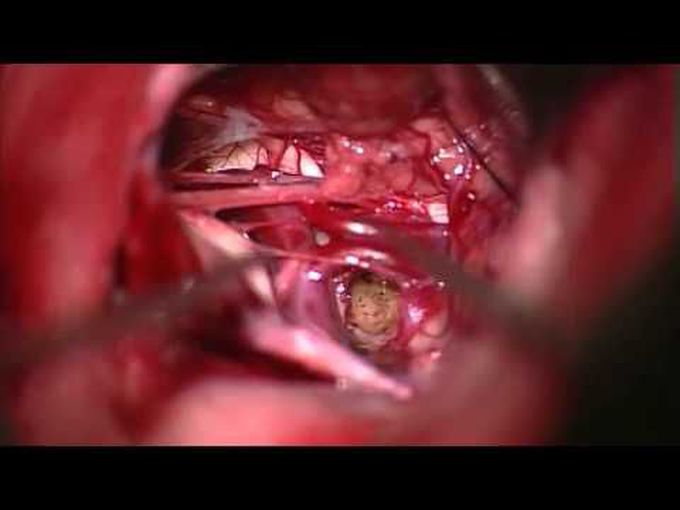 1Department of Neurosurgery, Tokyo Medical University, Tokyo, Japan; and 2Center for Vascular Neurosurgery, International Neuroscience Institute Hannover, Hannover, Germany Microsurgical resection of the medullary cavernoma is rare, comprising less than 15% of more than 250 surgeries of brainstem cavernoma performed by the senior author (H.B.).1 This video demonstrates a case of a cavernous malformation inside the lateral part of the medulla, which was surgically treated via the olivary zone by the retrosigmoid supracondylar approach in a half-sitting position. Osseous drilling of the lateral foramen magnum provided wide exposure of the cerebellomedullary cistern around the olive.2,3 The lesion was completely dissected at the appropriate cleavage plane from the normal parenchyma. The patient developed no new neurological deficits and had no recurrence during 3 years of follow-up after the operation. **Intro music: "Daybreak" by Graeme Rosner