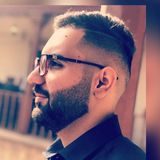 What are the difference between puckering ,dimpling and tethering in the breast ? 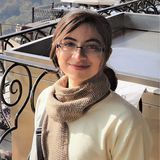 Mishal Shan
over 1 year ago

Tethering is the attachment of structures with each other. It is an underlying process and can be palpated while dimpling is the visible change that occurs on the skin due to adherence of the tumor to the overlying structures. Puckering is essentially the same phenomenon but it's reserved for the changes observed when the arms are lifted.

Mohammed Khudhair
over 1 year ago

Thank you very much

Hi Mohammed, breast is an important subject in surgery practical so good luck Tethering means attachment between structures; when palpating a lesion on the breast, clinicians will make note whether a mass appears relatively mobile or whether it feels anchored to something else. This word is used to describe how the tissue feels rather than looks. Dimpling is a visible change that can be noted when the lesion is tethered to overlying skin; as you move the breast around you may note the skin appears focally indented where the lesion pulls on it. Puckering is essentially the same phenomenon, but the word is generally only used when the woman raises her arms up and a groove forms on the curve of the breast. It’s also caused by tethering of the lesion to surrounding structures, restricting free motion of breast tissue focally.)