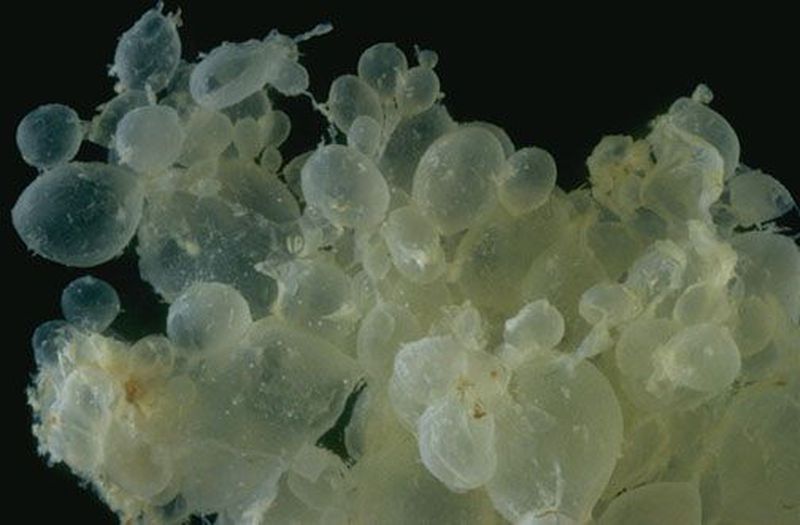 Gestational trophoblastic disease refers to a group of conditions characterized by abnormal proliferation of placental tissues. These conditions include partial mole, complete mole, choriocarcinoma, and placental site trophoblastic tumor. Hydatidiform mole is characterized by abnormal fertilization resulting in divergent pregnancy. Complete mole is formed as a result of fertilization of an empty egg by either two sperms or a single sperm that duplicates later. The usual karyotype is 46, XX or 46, XY. Fertilization of an egg by two sperms implicates incomplete or partial mole; karyotype is 69, XXY or 69, XXX. Abnormal fertilization results in the formation of hydropic villi with atypical trophoblastic proliferation. The most common presenting complaints are abnormal vaginal bleeding and amenorrhea. The pregnancy test is positive attributed to abnormally high levels of beta-hCG. The passage of grape-like, friable structures through the vaginal route is also seen. The condition is initially diagnosed on basis of ultrasonographic findings and later confirmed by histopathology. Treatment involves suction curettage. It is the method of choice for removal of mole unless the suctioning is hindered by large fetal products in case of the partial mole; medical treatment is recommended in such situations. Complete mole is associated with a risk of choriocarcinoma. It is a locally invasive neoplasm that may spread to distal areas via hematogenous route. It is highly responsive to chemotherapy. Source https://obgyn.onlinelibrary.wiley.com/doi/full/10.1111/1471-0528.16266 Image via http://ar.utmb.edu/webpath/femhtml/plac062.htm