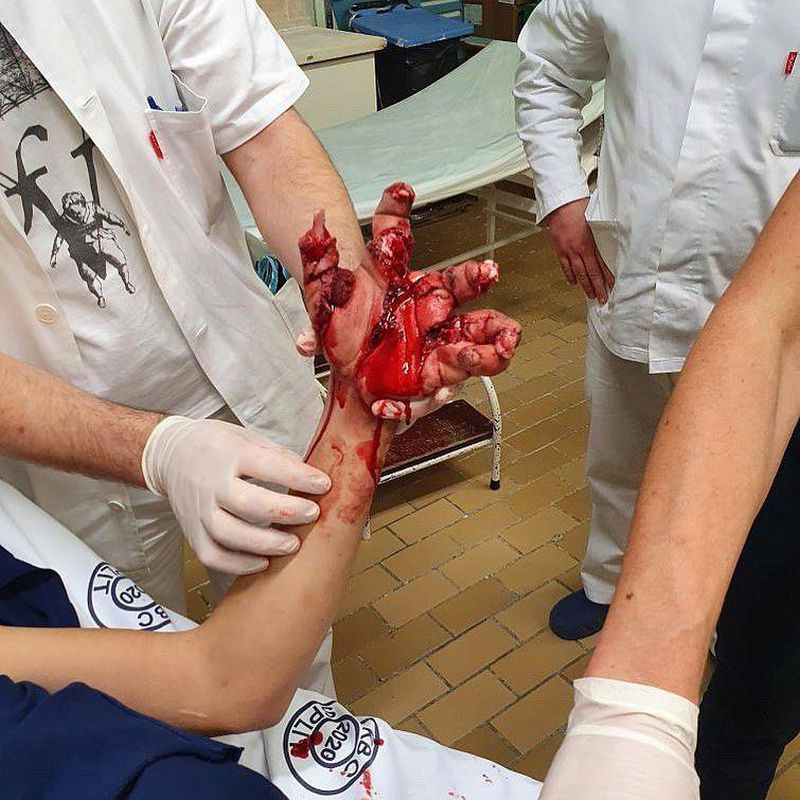 We present a pictorial case of a devastating hand injury following a firework explosion in a young male patient. The blast resulted in splaying of the hand with multiple fractures, neurovascular compromise and soft tissue loss.⁣ The firecracker exploded in this 12-year-old’s hand while he was holding it, just moments before he managed to throw it. Injury caused by a firework exploding while being held can have a devastating effect on the functional status of the hand. They include soft tissue injuries, fractures, burns and traumatic amputations in addition to disruption of the neurovascular supply. Children are the most likely victims of fireworks injuries due to misuse. Injured patients often report that the fuse simply burned too quickly and ignited the device before the device could be released or thrown. The pattern of these injuries are quite different from those of large scale blast injuries because in most cases these blast injuries occur from firecrackers and homemade bombs, which have a variable blast potential with low intensity explosives deflagrating at rates up to 400 m/s and high intensity explosives deflagrating at rates varying from 1000–9000 m/s. Plastic surgeons are frequently involved in the primary care of these patients as many such injuries involve the hand and require amputations and reconstruction surgeries.