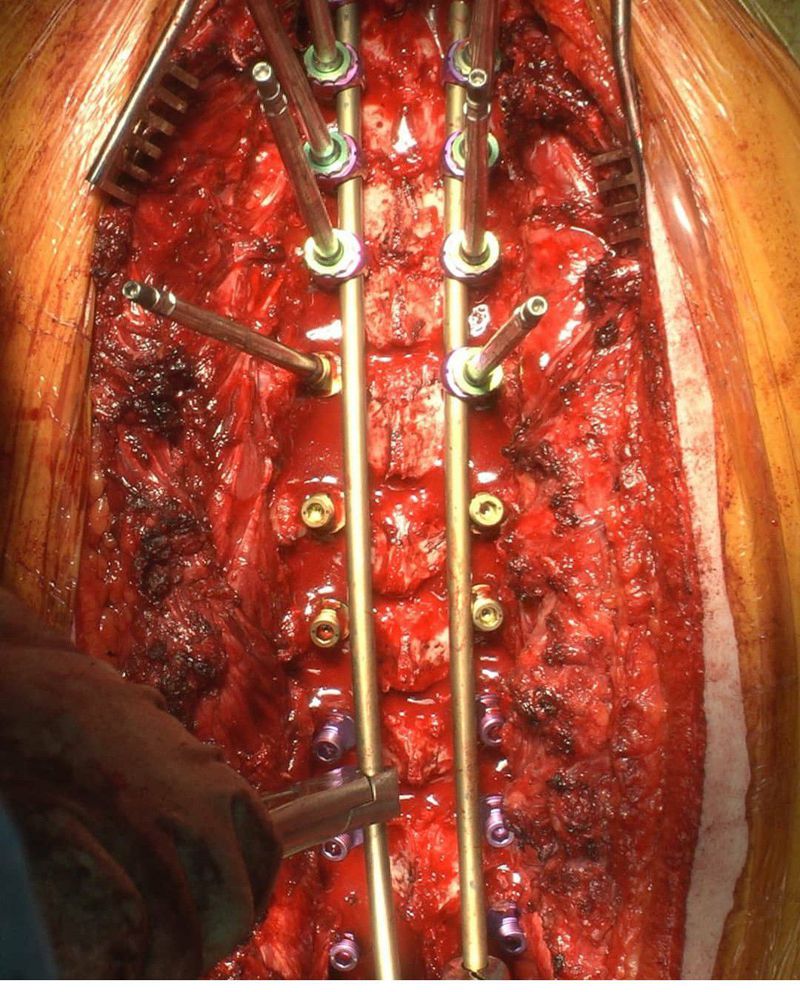 ⚠️ Intraoperative view of scoliosis surgery. Scoliosis is a medical condition in which a person's spine has a sideways curve. The curve is usually "S"- or "C"-shaped. In some the degree of curve is stable, while in others it increases over time. Mild scoliosis does not typically cause problems, while severe cases can interfere with breathing. The cause of most cases is unknown but believed to involve a combination of geneticand environmental factors. It can also occur due to another condition such as muscles spasms, cerebral palsy, Marfan syndrome, and tumors such as neurofibromatosis. Diagnosis is confirmed with plain X-rays.