in Articles
Source
Allah bless all of us🙏🏻🙏🏻 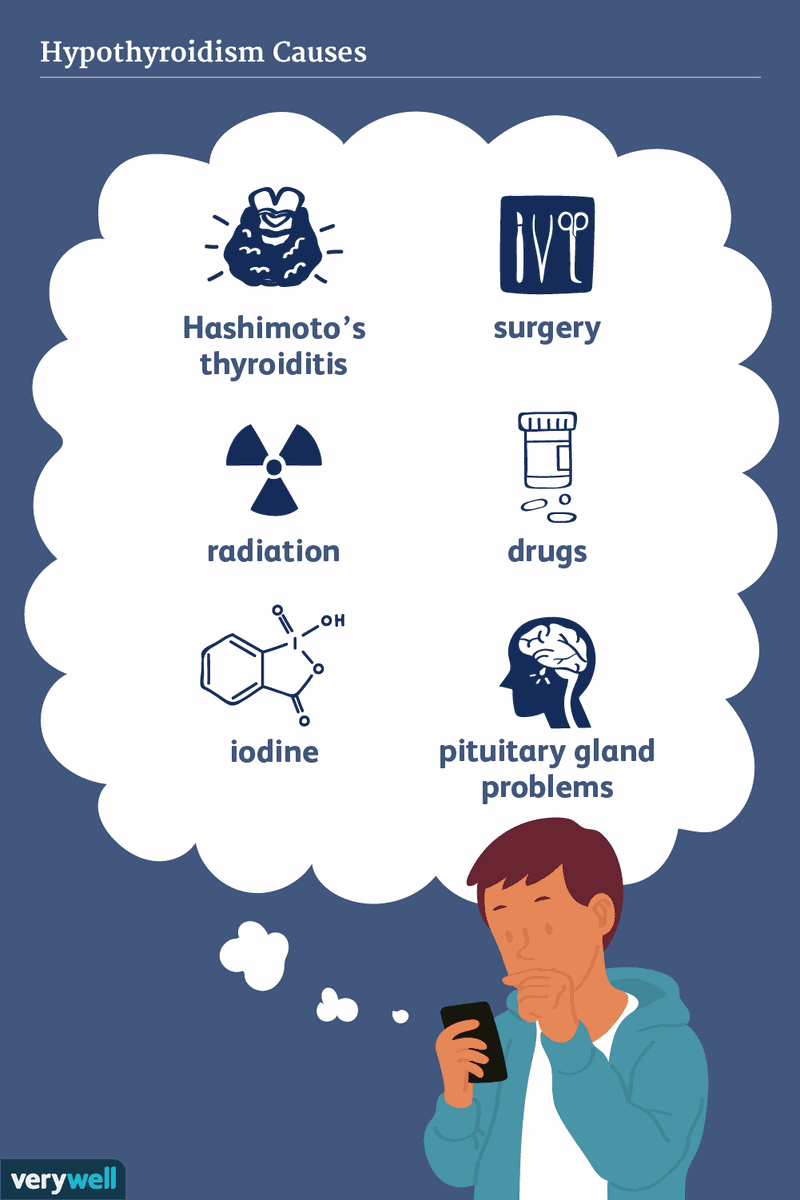 After breakdown a few of days as we are talking about the hypothyroidism background and signs & symptoms of this condition, today we will share about the causes of the hypothyroidism,,, Causes When your thyroid doesn't produce enough hormones, the balance of chemical reactions in your body can be upset. There can be a number of causes, including autoimmune disease, hyperthyroidism treatments, radiation therapy, thyroid surgery and certain medications. Your thyroid is a small, butterfly-shaped gland situated at the base of the front of your neck, just below your Adam's apple. Hormones produced by the thyroid gland — triiodothyronine (T3) and thyroxine (T4) — have an enormous impact on your health, affecting all aspects of your metabolism. These hormones also influence the control of vital functions, such as body temperature and heart rate. Hypothyroidism results when the thyroid gland fails to produce enough hormones. Hypothyroidism may be due to a number of factors, including: Autoimmune disease. The most common cause of hypothyroidism is an autoimmune disorder known as Hashimoto's thyroiditis. Autoimmune disorders occur when your immune system produces antibodies that attack your own tissues. Sometimes this process involves your thyroid gland. Scientists aren't sure why this happens, but it's likely a combination of factors, such as your genes and an environmental trigger. However it happens, these antibodies affect the thyroid's ability to produce hormones. Over-response to hyperthyroidism treatment. People who produce too much thyroid hormone (hyperthyroidism) are often treated with radioactive iodine or anti-thyroid medications. The goal of these treatments is to get thyroid function back to normal. But sometimes, correcting hyperthyroidism can end up lowering thyroid hormone production too much, resulting in permanent hypothyroidism. Thyroid surgery. Removing all or a large portion of your thyroid gland can diminish or halt hormone production. In that case, you'll need to take thyroid hormone for life. Radiation therapy. Radiation used to treat cancers of the head and neck can affect your thyroid gland and may lead to hypothyroidism. Medications. A number of medications can contribute to hypothyroidism. One such medication is lithium, which is used to treat certain psychiatric disorders. If you're taking medication, ask your doctor about its effect on your thyroid gland. Less often, hypothyroidism may result from one of the following: Congenital disease. Some babies are born with a defective thyroid gland or no thyroid gland. In most cases, the thyroid gland didn't develop normally for unknown reasons, but some children have an inherited form of the disorder. Often, infants with congenital hypothyroidism appear normal at birth. That's one reason why most states now require newborn thyroid screening. Pituitary disorder. A relatively rare cause of hypothyroidism is the failure of the pituitary gland to produce enough thyroid-stimulating hormone (TSH) — usually because of a benign tumor of the pituitary gland. Pregnancy. Some women develop hypothyroidism during or after pregnancy (postpartum hypothyroidism), often because they produce antibodies to their own thyroid gland. Left untreated, hypothyroidism increases the risk of miscarriage, premature delivery and preeclampsia — a condition that causes a significant rise in a woman's blood pressure during the last three months of pregnancy. It can also seriously affect the developing fetus. Iodine deficiency. The trace mineral iodine — found primarily in seafood, seaweed, plants grown in iodine-rich soil and iodized salt — is essential for the production of thyroid hormones. Too little iodine can lead to hypothyroidism, and too much iodine can worsen hypothyroidism in people who already have the condition. In some parts of the world, iodine deficiency is common, but the addition of iodine to table salt has virtually eliminated this problem in the United States. Best of luck Quote of the day Always respect your parents U will be successful person ☺️🙌🙌