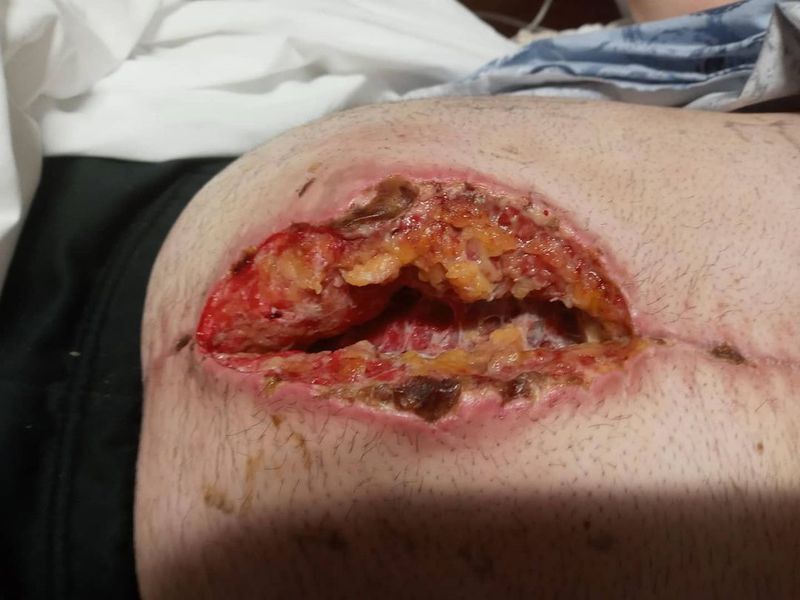 Dehiscence is a partial or total separation of previously approximated wound edges, due to a failure of proper wound healing. This scenario typically occurs 5 to 8 days following surgery when healing is still in the early stages. The causes of dehiscence are similar to the causes of poor wound healing and include ischemia, infection, increased abdominal pressure, diabetes, malnutrition, smoking, and obesity. When dehiscence is identified, it is crucial to determine the extent of wound failure. Superficial dehiscence can be managed with abdominal binders to reduce strain on the wound and prevent further dehiscence. The existing wound failure may be allowed to heal by secondary intention or can close secondarily. Deep dehiscence of the underlying fascia is a surgical emergency and must be closed in the operating room, as this can lead to evisceration. If the wound shows signs of evisceration, the wound can be covered with a sterile saline dressing until the herniating organs can be reduced back into the abdomen.