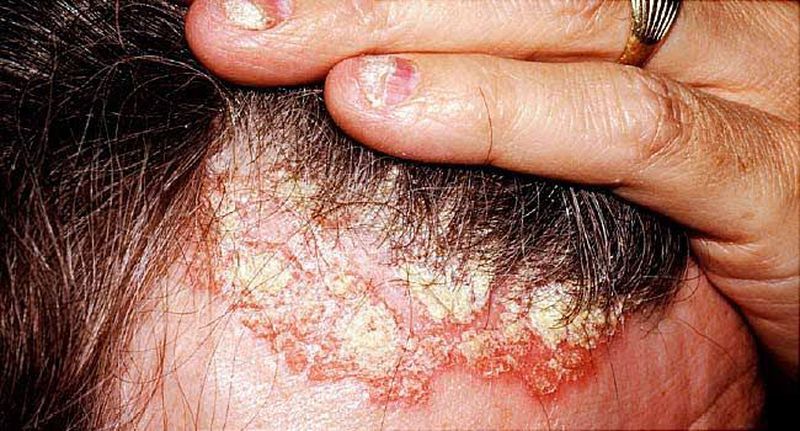 Psoriasis is an autoimmune disease which commonly affects the surfaces of elbows knees trunk and scalp. Scalp Psoriasis is a type of Psoriasis in which the scalp develops dry, red, itchy patches with silvery-white scales. Shedding of scales can often mimic dandruff. However, scratching the plaques or scales can cause trauma, leading to bleeding which would worsen the condition. Alopecia has also been reported in severe cases of scalp Psoriasis. It is often diagnosed clinically but biopsy can be done where there is a need to differentiate it from the seborrheic dermatitis and other differential diagnosis. Topical agents such as corticosteroids, salicylic acid and coal tar along with Phototherapy is the recommended treatment for Scalp Psoriasis. Image: webMD