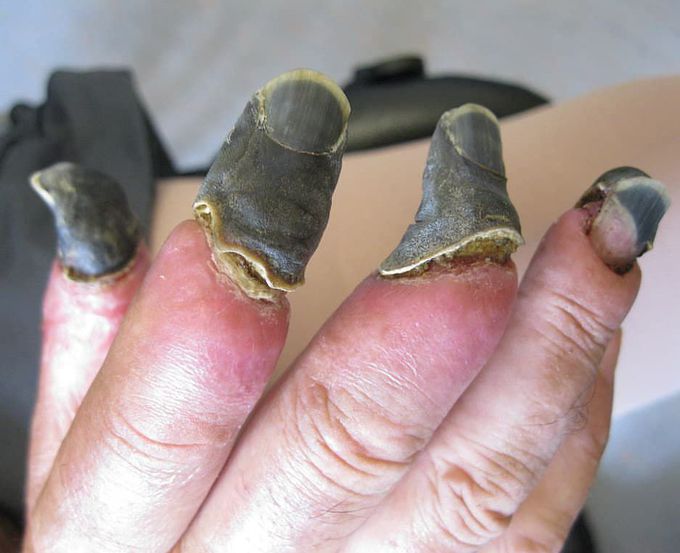 Case of gangrene of the fingers after septic shock and DIC that involved the use of vasopressors.

Symmetrical peripheral gangrene (SPG) is a rare but severe complication of disseminated intravascular coagulation (DIC) that frequently accompanies sepsis. It is characterized by symmetrical distal ischemic damage that leads to gangrene at two or more sites in the absence of large blood vessel obstruction with vasoconstriction rather than thrombosis being implicated as the underlying pathophysiology. Furthermore, the use of vasopressors simultaneously involves the creation of spasms that affect the vessels and these aggravate microcirculation problems. Evidence has shown that norepinephrine should be regarded as the first-line vasopressor when treating septic shock. Norepinephrine stimulates β1-adrenergic receptors and α-adrenergic receptors and causes increased contractility and an improved heart rate, in addition to vasoconstriction. Ischemic changes in extremities can be observed in some cases when there is prolonged administration of dopamine and norepinephrine. The important clinical features that give rise to a suspicion of SPG include fever followed by marked coldness, pallor, cyanosis, pain, and restricted mobility of extremity. The gangrenous lesions initially appear in the form of acrocyanotic and dusky discolorations of the skin starting from the distal extremity within 24–48 h and resemble lesions that are normally associated erythematous cold extremity exposure. 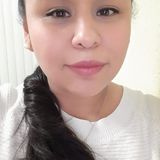