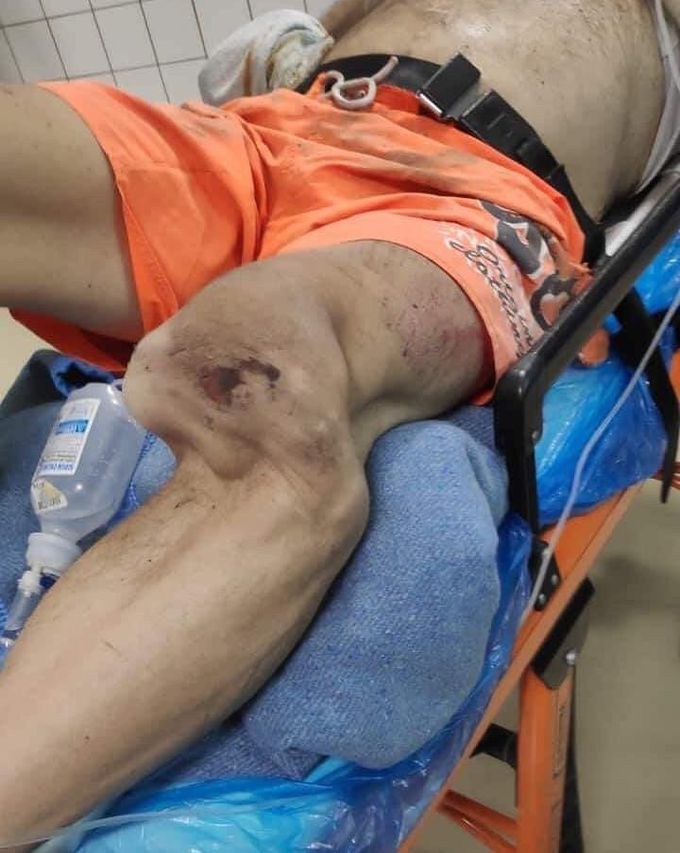 . Knee dislocations are an extremely traumatic injury and can be limb threatening. Because of the potential neurovascular damage associated with this injury, knee dislocations are considered one of the most serious knee injuries, altough one of the most rare. Unreduced dislocations present with an obvious deformity, but spontaneously reduced dislocations can lead the examiner to underestimate the severity of the injury. In any instance in which a knee dislocation is suspected, neurovascular assessment should immediately become the focus of the evaluation. The knee complex is stabilized by 6 main ligamentous or cartilaginous structures as well as several muscles and tendons. Anterior and posterior tibial translations are prevented by the anterior cruciate ligament (ACL) and posterior cruciate ligament (PCL), respectively. Excessive valgus forces are restrained by the medial collateral ligament (MCL), whereas excessive varus forces are restrained by the lateral collateral ligament (LCL). The medial and lateral menisci transmit axial loads and stabilize against any rotational forces. The muscles and tendons that aid in stabilizing the knee include the vastus lateralis, vastus medialis, vastus intermedius, rectus femoris, biceps femoris, semitendinosus, semimembranosus, sartorius, gracilis, iliotibial tract, popliteus, and gastrocnemius. Surgical treatment in such cases is almost always required. Surgical treatment depends on which ligaments were injured and the severity of injury to those ligaments. Allografts tend to be the preferred graft for use in the surgical reconstruction of knee dislocations followed by a long rehabilitation. Credit: @dimosthenis_rammos

This is crazy 😷 immediate surgery. Nothing else

Aiden Legendre
over 2 years ago

Have to be honest when I say I've never seen a knee dislocation that severe. Wow.

3Reply
G
Gokul
over 2 years ago

0Reply
M
Mark
over 2 years ago

0Reply
A
Alvaro
over 2 years ago

0Reply
K
Karolina
over 2 years ago

This reminded me of my knee dislocation. I bet it looked similar. The pain was so unbearable I started laughing because didnt know what else I could do. When paramedics arrived they gave me morphine which did nothing but making me extremely sleepy. Turned out the injury was caused by a severe congenital knee displasia. It redislocated 2 years after the first injury and I have to a surgery to fix the displasia.